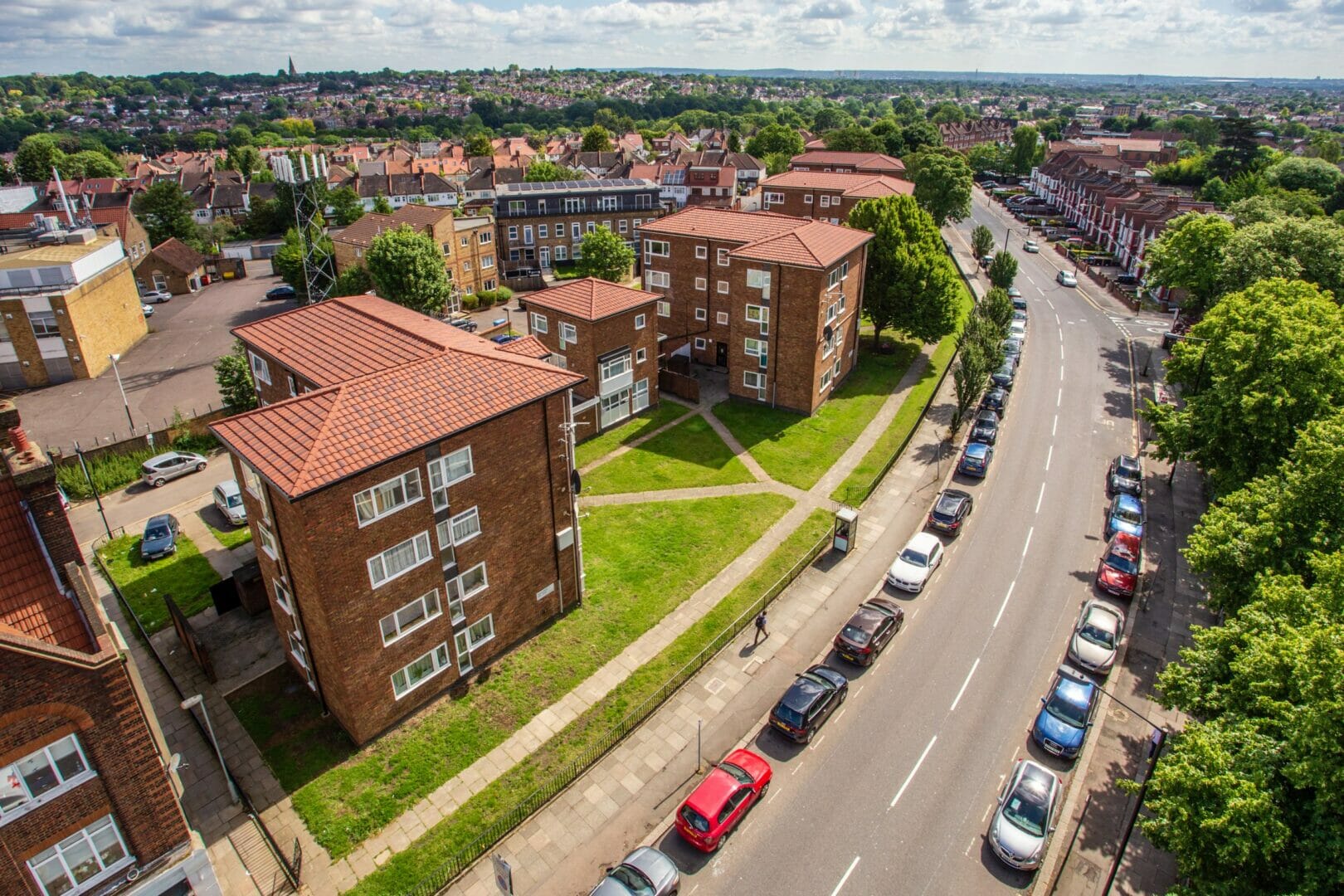 Flat to Pitched roofing conversion is an excellent way of regenerating an estate or building by not only changing the roof of the building but, also extending its life expectancy and cost effectiveness of the building’s lifetime.

An example of a residential estate utilising this initiative was Enfield Council.

As part of a wide scale refurbishment project to improve the aesthetic outlook and services within the local area, Enfield Council employed Playle  and Partners LLP who contracted ENGIE Regeneration. ENGIE partnered with Langley Structures to complete ten Flat to Pitched (FTP) roof

By implementing the FTP system, Enfield Council benefits from an improved aesthetic look of the buildings and an opportunity to make changes, including meeting modern building standards. Long-term maintenance of social housing roof assets is a key component of a council’s planning. Therefore, a durable pitched roof solution, reducing maintenance costs opposed to maintaining the existing flat roofing system was also beneficial.

The four symmetrical ’L shaped’ roofs posed an initial challenge to design. This was due to the different depths of each roof segment, which meant a varying ridge height. Careful consideration was needed, and the decision was made to move the centre line of the ridge, having minimal impact on the aesthetic look of the buildings.

Once the design of the roofs was confirmed with the client, Langley created final drawings which incorporated four designs. Four of the buildings were made up of two blocks that were joined by a podium that incorporated garages, which in total included eight roofs. Located on Bowes Road, these buildings were all identical and were assigned one FTP system design that incorporated the L shaped roof and the smaller square roof. There was also another building on Bowes Road that had a different design alongside another independent building that was situated on Cross Roads. There were three architype designs altogether for the buildings with FTP conversions.

Before progressing on with the steel framework for the FTP conversions, all six buildings had a minimum of one mains water tank on the existing system, the elimination of the mains water from the roofs made the tanks redundant. The decision was made to demolish the tanks, which meant decontaminating them initially and then a highly stringent safety plan to remove the large concrete structures which posed a number of risks. Their removal meant that the roof’s pitch could be lower, harmonised with surrounding buildings in the area and improving the aesthetic finish of the roofs.

The independent building on Bowes Road had existing elements within its flat roof that were initially problematic. Alongside the water tanks was a light well within the roof. It was a potential health and safety risk to those that require access to the newly constructed pitched roof void. This was overcome with hot rolled transfer steels designed by Langley to close off the light well. This allowed a reduction in height from which the ENGIE team of the FTP system were then able to work from.

Within the steel structure of the pitched roof, existing apertures were used to incorporate a new sun tube to allow natural light into the building and to maintain daylight savings—this was an opportunity to introduce a new automated passive smoke extract systems to the communal areas.

By using the existing apertures, it also meant reducing building and decorative works externally and internally for the client. This reduced

disturbance to residents living in the building which was occupied throughout the project.

A fire rated duct provided a sealed riser to the automated louvre mounted on a roof top kerb. The smoke louvre’s powder coated finish was matched with the predominate two-tone tile colour to reduce the visual impact on the roof-line.

As part of the wider refurbishment, Langley supported the refurbishment design of two buildings that had existing pitched felted roofs on Massey Close. After a comprehensive building and risk assessment, asbestos was removed at the verge and soffits and replaced with aluminium components. The buildings were finished with Langley lightweight tiles, in keeping with the other refurbishments in the area.

Sarah Primarolo, Architect at Playle & Parners LLP said ‘we have had a positive experience working with Langley on this project from design stages through to completion on site. The regular inspection correspondence and site progress photographs were particularly helpful’.

Chris Marlow, ENGIE Senior Quantity Surveyor said ‘ENGIE has, with the assistance of Langley, successfully delivered five, flat to pitch roof conversions for our mutual client, the London Borough of Enfield on Bowes Road.  From the inception of the scheme, the design team on behalf of Langley provided detailed design information and addressed any issues and obstacles with reasonable time-frames.  Regular inspections and reports were carried out on site to ensure, in line with ENGIE management, that the required quality levels for the works were achieved.’

Once all the works were complete, Langley provided Enfield Council with their 20-year insurance backed guarantee that covers both
materials and installation.

To find out more, we have a ‘Lightweight Structural Frames: Design and Installation Over Existing Flat Roofs’ online CPD Seminar available. To book contact [email protected]

Or visit, www.langleystructures.co.uk for more information about their services.