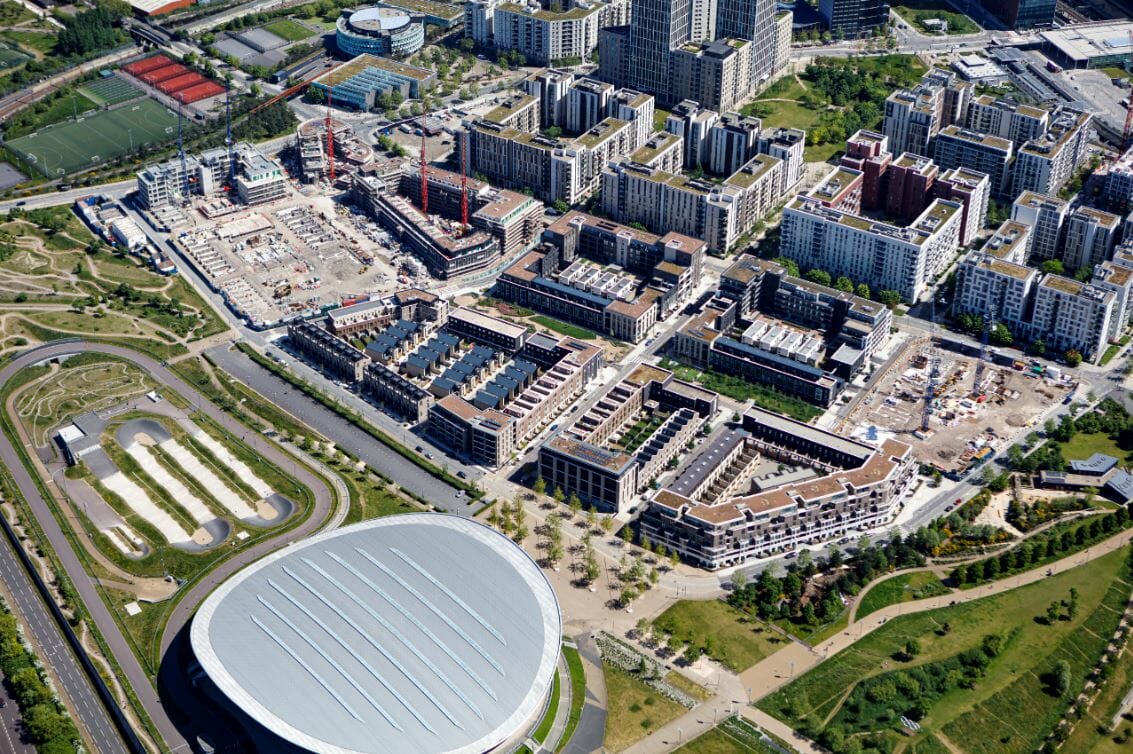 Chobham Manor is the first of five new developments built within Queen Elizabeth Olympic Park, which will create a total of 10,000 new homes by 2030. Chobham Manor’s 880 new homes comprise a range of different units including apartments, maisonettes townhouses and mews styled properties, with three quarters aimed at families and over one third of the total being affordable housing. Homes at Chobham Manor are being built by Chobham Manor LLP, a joint venture between national housebuilder Taylor Wimpey and L&Q, a regulated charitable housing association, selected for the project by the London Legacy Development Corporation.

The design of Chobham Manor and its surrounding area is focused on creating a high quality environment for residents. Green spaces are fully integrated into the plan of the scheme and furthermore, as part of the Olympic Legacy program, the new developments were registered to meet specific Biodiversity Action Plan targets. As such, the green roofs were an important part of the design of the new development and a condition of planning consent.

EGR supplied and installed a range of green roof finishes to provide variation in the look of the buildings, and crucially, ensure a diverse habitat for birds, insects and animals. This included areas of sedum plants, wildflowers and seasonal meadow habitat as well as a range of other flowering plants. Sections of the roofs also featured log piles, pebble mounds, ephemeral pools and sand to enhance biodiversity. All plants and materials were specially chosen to suit the environment and meet the needs for specific habitats.

Keith Hills, Managing Director at Eco Green Roofs explained: “With green roofs still a relatively new feature of building design, generic specifications are common and it is up to the specialists involved to provide guidance. For this project, it was important that the choice of materials was driven by the findings of the ecology report compiled for the project. We initially produced a preliminary design based on our experience with similar schemes, and were then able to make adjustments throughout the project based on ecological findings from the site.”

Due to the size and complexity of the project, the installation of the green roofs also required extensive planning and collaboration. A number of different trades working at roof level demanded that EGR coordinated its operations with waterproofing, metal work specialists and solar panel installation teams.

The different requirements for each type of roof also had to be considered. For example, the bio-diverse and wildflower blankets require different depths of substrate and so these variations had to be factored in. A further challenge was coordinating the program schedule with the optimum planting times of the living roof areas. As the roof installation needed to be scheduled for the summer months, the substrate and all non-perishable parts were installed, with the plants added in several phases later in the year for the optimum environment to allow the living roofs to thrive.

Kieran Quinn, Senior Project Manager at Taylor Wimpey said: “Supporting biodiversity and complementing the fantastic green spaces on Queen Elizabeth Olympic Park was a key aim for the Chobham Manor team. Working with Eco Green Roofs really helped us to achieve this aim and it was useful to be able to go through the plans in detail before the work commenced. This was a collaborative project and we were kept fully informed and updated throughout the installation.”

Keith Hills concluded: “This project is a great example of the transition we are seeing in the green roof industry, from a commodity product to a specialist element of the building that needs to be embraced both at design and execution stage. We are also seeing a move away from a standard sedum roof specification to more bespoke designs that can better support and enhance the local environment, as demonstrated with Chobham Manor.”

For further details on the design, supply, installation and maintenance of a range of sustainable roof options, including green/brown/biodiverse, blue and solar roof solutions, please visit https://bit.ly/2WrOUI6 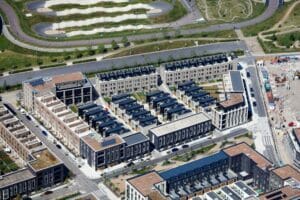