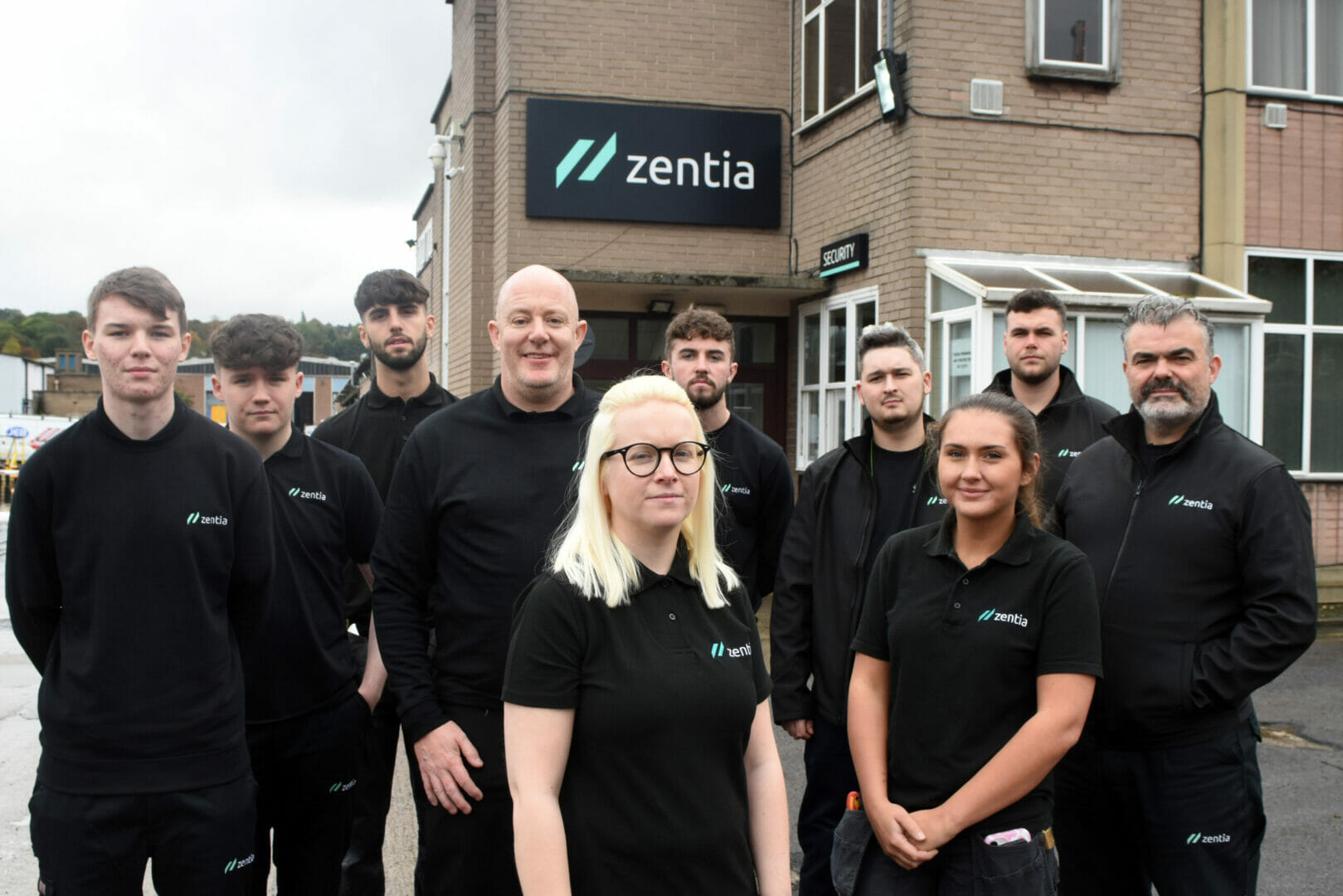 Leading ceiling systems manufacturer Zentia has launched a formal apprenticeship programme at its two factories in the UK.

The company has taken on six recruits in a variety of roles for its ceiling tiles and grid/suspension system factories in Gateshead, Tyne and Wear.

They include a laboratory technician, two process operators, a manufacturing engineer, HR administrator and HSE technician, some of whom are combining on-the-job training with a day a week at college, over 18 to 42 months.

Project engineer Paul Snowdon joined Zentia (evolved from Armstrong Ceiling Solutions) in 1990, aged 16, as one of four mechanical and electrical apprentices. Choosing the mechanical route, he learned a multitude of skills including turning, milling and pipefitting, as well as completing day release at Newcastle College to study.

Since completing his apprenticeship, he has experienced several roles in the engineering department, had the opportunity to travel with the company to other plants, and been involved in exciting initiatives.

He said: “I can’t thank the ex-fitters and staff past and present enough for the support I have received over the years. An apprenticeship really is a stepping stone to a new career and my advice would be work hard, take advantage of the wealth of experience around you, enjoy it, and you will meet some very interesting people. You will more than likely meet friends for life, just like I have.

“In our industry I really believe the apprenticeship route is second to none, getting hands-on experience whilst studying for your qualifications. These are exciting times for Zentia, with the heavy investment in the plant and new equipment.

“Zentia have identified key roles and skills across both plants and as a result have recruited talented young individuals to fill the gaps and become valued members of the Zentia family. Hopefully, these young individuals will move the Zentia brand forward and share in their successes.”

Zentia’s head of HR Nicky Gallagher explained that the company had historically had a level of success in recruiting mechanical and electrical apprentices and seeing their careers develop as they moved on into permanent roles. But these opportunities had been on an ad-hoc, sporadic basis rather than in set numbers or annually.

She said: “As we look to further grow our business, people development is high on our agenda and apprenticeships form part of this activity. I’m therefore delighted we now have the opportunity to launch the Zentia Apprenticeship Programme, and our plan is to recruit further apprentices each year.”