The never-ending lifecycle of copper 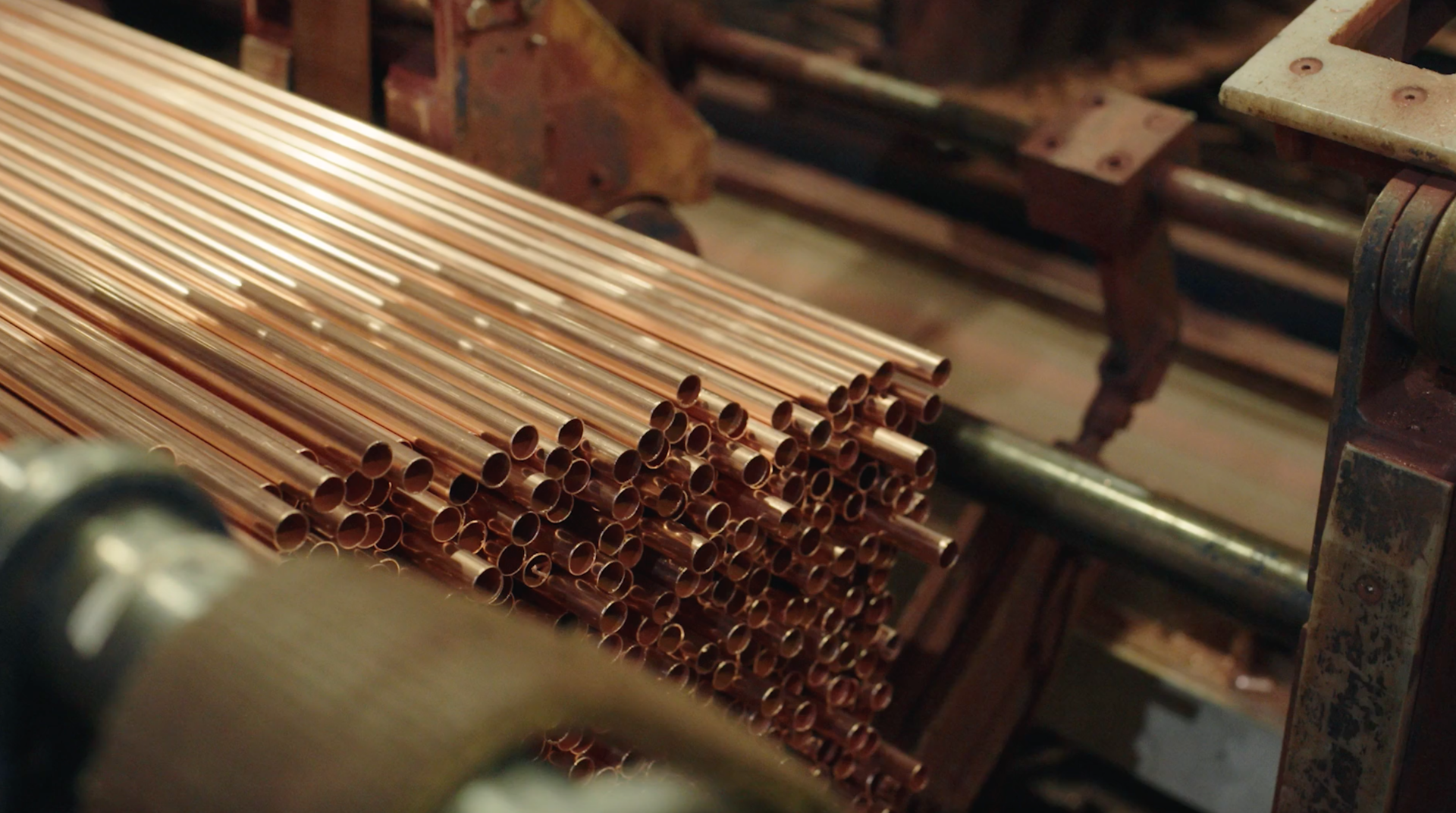 When it comes to construction and plumbing materials, how many products out there truly stand the test of time?

Plastic materials have become extremely popular in recent years due to their affordability and, with contractors under pressure with fixed price contracts, many look to these cheaper materials as a solution. However, there are actually a number of serious environmental problems with using plastic materials and, once they reach the end of their life, they often end up in landfill or on beaches.

Copper, on the other hand, is one of the few items that you’ll never see lying in a skip or on a beach. For plumbing, copper has a unique superpower that no other pipe has – it lives forever.

The problem with plastic

Since its invention six decades ago, plastic use has grown exponentially and resulted in over 8.3 billion metric tons of various plastics and, according to National Geographic, 91% of all plastics produced in the world have not been recycled.

When it comes to the construction industry, nearly every new build home nowadays uses plastic pipes in both underfloor and plumbing applications and this is mainly down to the plastics industry focusing on the benefits, while downplaying the environmental impact.

Plastic is made up of synthetic materials and polymers, making the recycling process extremely complicated. As a result, plastics manufacturers are still attempting to work out how to separate and re-use the components of plastics and any claims that plastic pipes are fully recyclable is simply greenwashing.

For example, multi-layer composite (MLC) tube, consisting of layers of plastic and aluminium, is a prime example of commonly used tube that cannot be recycled. Additionally, plastic compounds such as polyvinylchloride (PVC), polyethylene (PE) or cross-linked polyethylene (PEX) all deteriorate over time, making them less and less suitable for recycling.

According to the University of Wisconsin Madison, around 100 million tons of multilayer thermoplastics are produced globally each year and, because there is no way to separate the polymers, almost all of that plastic ends up in landfills or incinerators. As it stands, there are no recycling frameworks in place for these materials, so their ‘recyclability’ is currently nothing but theoretical.

Research by CORDIS supports the evidence that these types of pipes are not recyclable, stating that “conventional non-recyclable pipes for heating plumbing systems are manufactured from non-recyclable cross linked PEX. They are also made of PEX/AL, which comprises a layer of aluminium sandwiched between two PEX layers.”

Copper has a major advantage as a construction material in that it can be recycled again and again without losing any of its properties, performance, or value. There is also no difference in the quality of recycled copper and mined copper, so they can be used interchangeably – copper used once will be identical to that used 1,000 or 1,000,000 times.

Copper has been recycled and re-used for as long as the material itself has been in use and there is a fully developed scrap-collecting infrastructure in place which has existed for centuries. When they come to the end of their life, copper pipes are taken to a scrap merchant and, unlike plastic pipes, are 100% recycled. They simply go into the furnace and are melted down to form a block of pure copper which is stretched out, made into brand new tubes, and cut to size.

Put simply, copper is copper. Unlike other materials such as plastics, copper and copper alloys have standard components which do not vary between manufacturers, so when you buy copper, you know exactly what you’re getting. This also means they can be returned to their constituent elements once they have fulfilled their purpose.

As a result, around half of Europe’s copper demand is currently being met by recycled materials and research suggests that there are approximately 5.6 billion metric tons of copper in circulation – a figure more than sufficient to surpass both current and future demand.

What’s more, according to the International Copper Association, the recycling of copper requires up to 85% less energy than primary production and, around the world, this saves 40 million tons of CO2 – the equivalent emissions of 16 million cars.

Copper has long been the material of choice when it comes to supplying water, heating, and gas to buildings and the tradition of copper tubes is one that spans centuries. Not only is it the sustainable choice, with a never-ending lifecycle, but it also has a number of other desirable properties.

Copper is proven to be the healthy choice and supports your health and wellbeing due to its naturally occurring anti-bacterial and anti-microbial properties which discourage the growth of harmful organisms. Additionally, due to its unique thermal properties, copper water systems can safely withstand thermal shocking at 70 degrees Celsius to effectively kill waterborne bacteria such as legionella pneumophila.

Not only does copper support your health and wellbeing, it is also the safer option for use in the construction industry. For example, its incredibly high melting point means copper pipes won’t melt, burn, or give off toxic fumes in a building fire like plastic will. An official building code report published by the International Code Council cites plastic material like piping as a “dangerous void” because of how it can melt, burn, and spread fires. Many plastics are intumescent materials, which means they grow in size in the event of fire, which creates extreme fire hazards because of how they allow fires to spread.

Furthermore, copper tube offers fantastic versatility and use across utilities including water, heating, gas, and air conditioning – all while offering a greater choice and longevity. Being able to withstand extreme temperatures, pressures, and exposure to UV and oxygen, it can be used for a range of purposes and across a multitude of environments without the integrity being altered. As the metal isn’t permeable, the chance of leakage or contamination from outside sources is also incredibly low.

Standing the test of time

Put simply, copper lasts a lifetime and investing in this material is much more beneficial and cost-effective in the long run.

If installed with care, copper pipes in homes can outlast the life of the house, minimising the need to spend additional money in the future. And what’s more, they can still be recycled and reused at the end of the building’s lifetime.

Copper has a much longer lifespan than cheaper alternatives and is one of the only construction and plumbing materials which can be infinitely recycled – it literally lasts forever!

So, we would encourage anyone who is looking for a reliable product which is sustainable and truly stands the test of time to choose copper. It’s a solution that is perfectly placed to serve the construction industry now and for future generations.