The Guardtech Group: rebranding and expanding 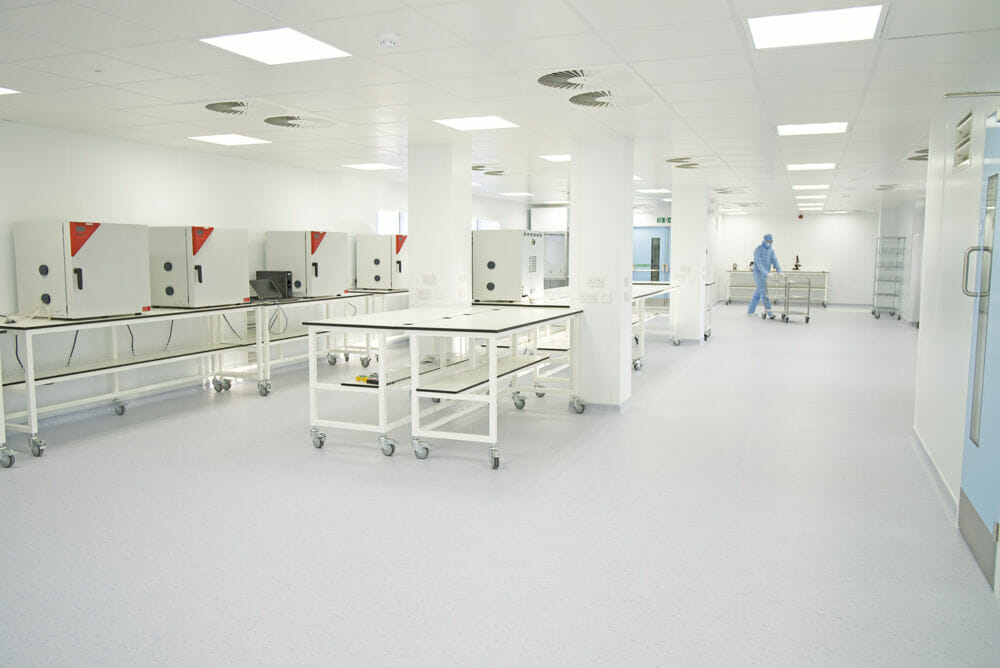 WE ARE delighted to announce the launch of the Guardtech Group – made up of five distinct divisions. With the acquisition of Cleanroom Solutions and the introduction of the new division Isoblok, three become five.

The existing divisions include Guardtech Cleanrooms, which will now cater specifically for the modular cleanroom market. CleanCube Mobile Cleanrooms will continue to provide portable solutions for businesses all over the world, while Isopod Rapid Cleanrooms will offer a quicker, more flexible and cost-effective alternative for clients – standardised models made from stock held by Guardtech, available for ‘flat-pack’ delivery and with the option for self-assembly installation.

Cleanroom Solutions, the Sussex-based firm with a rich history in high-quality controlled environment design & build services, will remain a specialist for our larger turnkey construction projects.

Completing the Group is another new addition – Isoblok Pre-Fabricated Cleanrooms – which will focus on pre-configured ‘plug and play’ cleanroom units and pods constructed off site.

Guardtech Group Chairman Ray Wheeler founded the Guardline Group back in the 1990s, from which Guardtech Cleanrooms was developed in 2000.

He’s overseen the Haverhill company’s immense growth over the past 20 years, alongside Operations Director Conor Barwise and Commercial Director Mark Wheeler, and the trio are now excited about the bright future that lies ahead for their newly restructured business.

Ray Wheeler said: “As a board, we’re delighted to make this announcement – the business has evolved dramatically over the past five years and we’re so proud of everything that our team’s hard work has helped us build.

“Like many businesses, we’ve had some tough obstacles to overcome in that time and we’re confident this new structure is the ideal next step to take the company into an exciting phase of our development. I’d like to thank my fellow directors and everyone else on the team for all their brilliant efforts that continue to propel us towards new horizons.”

Mr Barwise, who built his first cleanroom – an ISO7 Microelectronics project – back in 2006, has worked closely with Ray from the initial inception of Guardtech Cleanrooms, and he’s thrilled to be taking the company forward after earning himself the moniker of ‘Mr Guardtech’ for his unwavering commitment to the brand.

Mr Barwise said: “I’ve been here since the beginning of the journey and it’s amazing to see how we’ve grown in that time.

“We’ve had to overcome some serious hurdles, not least the pandemic in recent years, but the way we’ve managed to push on in a positive manner is a reflection of the flexibility and ‘can-do’ spirit of the whole team. I’m proud of everything the Group has achieved so far and look forward to many more successes in the future.”

The Guardtech Group moved to acquire Cleanroom Solutions late in 2021, having followed their history closely for many years, and with respect and admiration for the hard work of their board members Jan Pyrgies and Sean Gaylard, the team were delighted when they agreed to join Guardtech.

Mr Pyrgies takes his place on the Guardtech Group board, along with Projects Director Mr Gaylard, while Design Engineer Graham Wyatt will also bring his valuable experience to the Guardtech Group’s growing cast of talented cleanroom technicians.

Mr Pyrgies will continue to take overall control of the design and commercial elements of the Group’s turnkey construction projects going forward, and he’s relishing the prospect of working alongside Ray, Conor and Mark on a daily basis.

He said: “We’ve known the Directors of Guardtech for many years now and the merging of the two businesses was an easy decision to take, as we have a shared vision yet complimentary skills and market experience.

“Cleanroom Solutions has built a strong reputation for delivering high-quality builds and I felt it was the right time to strengthen our team and broaden our market penetration. We’re delighted to be part of the Guardtech Group and are excited about the projects we will now be undertaking together as a diverse ‘cleanroom family’ in the future. Having access to a wider range of products and services, such as a clean team and validation engineers of our own, will give Cleanroom Solutions a broader offering.”

The Guardtech Group will now act as the parent company for five distinct businesses, but there is scope in the years ahead for even further additions.

Mark Wheeler added: “Restructuring the business provided a mechanism to differentiate between the variety of products and solutions that the Guardtech Group deliver whilst celebrating the joint identity and culture that is at the heart of all of these delivery formats.

“The Guardtech Group is a collective of long-serving industry professionals that embrace problem-solving, innovative thinking and embody a determination to deliver the highest quality outcomes for a range of valued clients across the Life Science industries.

“At the heart of every decision the group makes is the newly established GUARD Charter, promoting the core values of: Guide, Understand, Adapt, Respond and Deliver. Each business within the Group and every employee working for Guardtech is held accountable against this charter, and is guided to embody the values that have made our Group strong over its history.”

For more information on the Guardtech Group’s products and services, head to www.guardtechgroup.com, call 0330 113 0303 or email [email protected]