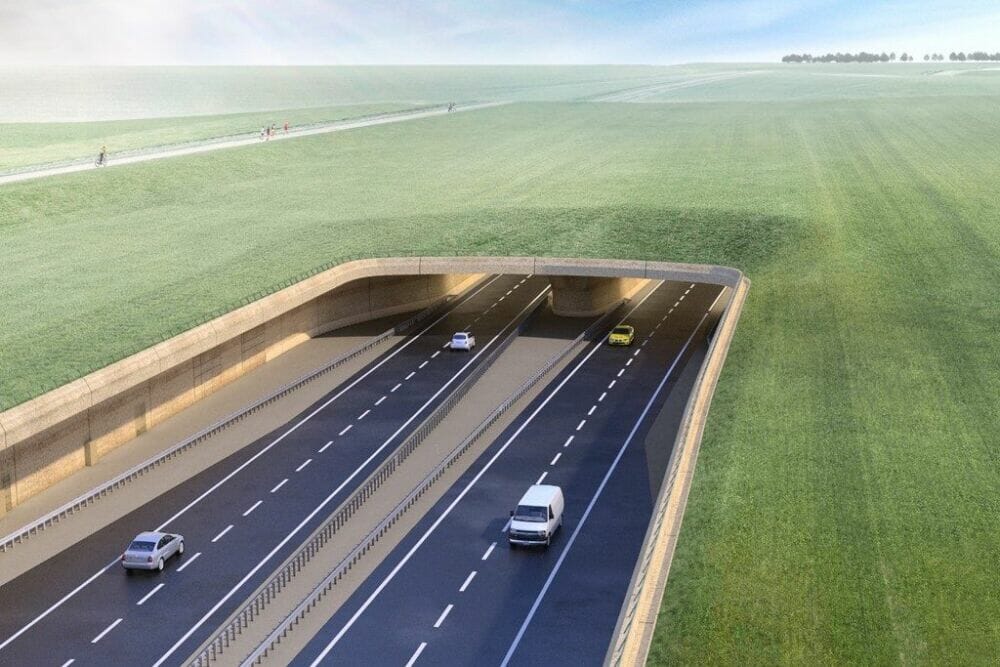 National Highways has submitted additional information to support a new application for the £1.7bn A303 Stonehenge tunnel.

The initial DCO was quashed by a High Court judge in July last year after it ruled that Shapps had not received a sufficient briefing on the scheme’s heritage impact.

In November, the transport secretary published a letter, inviting new information regarding the carbon and environmental impact of the scheme, the potential merits of a longer tunnel, the project’s consistency with local or national policies, and any other information that interested parties believe is relevant to a decision.

National Highways has confirmed it has submitted new details about alternative options to the current plan as well as the scheme’s environmental impact. Full details of the new submissions will be made available in due course, after which other parties will be able to respond.

The highways agency said in a statement: “We remain confident the scheme is the best solution to solving the traffic problems along this notoriously congested section of the A303 and to remove the sight and the sound of the traffic from the Stonehenge landscape and the World Heritage Site.”

Shapps originally granted a DCO for the project in November 2020. This was controversial at the time as it overruled the Planning Inspectorate, which had recommended rejecting the plans due to the effect of construction work and operation of the scheme on agricultural land in the area, as well as the effect on air quality and emissions.

The DCO was subsequently challenged in the High Court by the Save Stonehenge World Heritage Site group, which included the British Archaeological Trust and Friends of the Earth.

Mr Justice Holgate quashed the DCO in July 2021 on two points. The first was a judgement that Shapps had not been properly briefed on the project’s “impacts on heritage assets” and therefore could not have considered them when approving the DCO. The judge also ruled that alternative plans for the tunnel had not been assessed.

Two alternative options for the scheme had been proposed. The first was to cover approximately 800 metres of the road cutting near the World Heritage Site, and the second was to extend the bored tunnel so that the two portals were located outside the western boundary of the heritage site.

In late November, CN revealed that the awarding of the main contracts on the project would be delayed while the decision on the project’s future was made. National Highways, then known as Highways England, had previously said it would continue procurement on the project in order to “maintain programme timescales as best as possible”.