Copper as a force for good: improving the sustainability of the construction industry 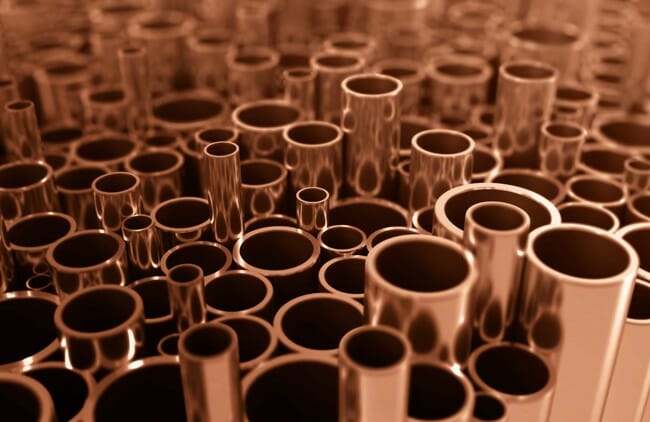 The population of the is UK ever-expanding and shows no sign of slowing down. The increase that occurs year after year has put pressure on the government to build more housing, even cheaper and quicker than in previous generations. As a result, despite copper being the professional choice, many construction firms and plumbers now disregard copper as a material, looking to cheaper and poorer alternatives such as plastic.

However, sustainability is coming to the forefront of the government’s strategies, having adopted the UN’s 2030 Agenda for Sustainable Development and addressing social pressures as a result of the effects of global warming. With this in mind, copper is perfectly positioned to help meet new challenges set by the government to the construction industry which aims to improve the sustainability of the industry as a whole.

Copper as a sustainable material

Copper has a major advantage in its recyclability – it can be recycled again and again without losing any of its properties, performance, or value. Plastic, on the other hand, is made up of synthetic materials and polymers, making the recycling process considerably more complicated than that of copper. As a result, plastics manufacturers are still attempting to work out how to separate and re-use the components of plastics, any claims that plastic pipes are fully recyclable is simply an example of greenwashing.

Where copper is concerned, this is not an issue as there is already an established scrap collecting infrastructure in place that has been around for centuries. Copper from redundant pipework, electrics and various structures is acquired to be melted, recast and repurposed,  it is thought that two-thirds of copper produced since 1900 – more than 350 million tonnes – is still in productive use today as a result of its proven recyclability. Recycled copper also accounts for 30% of global demand, and this statistic is only going to increase with the improvement of recycling technologies.

How is copper used in the plumbing and construction industries?

One of the first industries you think of in regard to copper tubing is plumbing. Copper is the professional choice and is the most dependable and most commonly used material in the plumbing industry in the developed world. As well as it being infinitely recyclable, there are other attributes it has that makes it an ideal material for this industry. These include:

By opting to use copper instead of plastic tubing in the construction industry, contractors and builders alike can play a part in improving the sustainability of their industry, as well as obtaining all these additional benefits. It is also now an aesthetic trend to have exposed copper piping in modern bathrooms and kitchens, making it more desirable for a wider audience.

Producing plastic is no longer an issue, it’s a crisis. When looking at the statistics, only 16% of plastic waste is recycled to make new plastics, while 40% is sent to landfill, 25% to incineration and 19% is dumped. When comparing these figures with copper,  the industry has successfully reduced its CO2 emissions by cutting its unit energy consumption by 60% versus 1990. The industry is making progress, but is plastic?