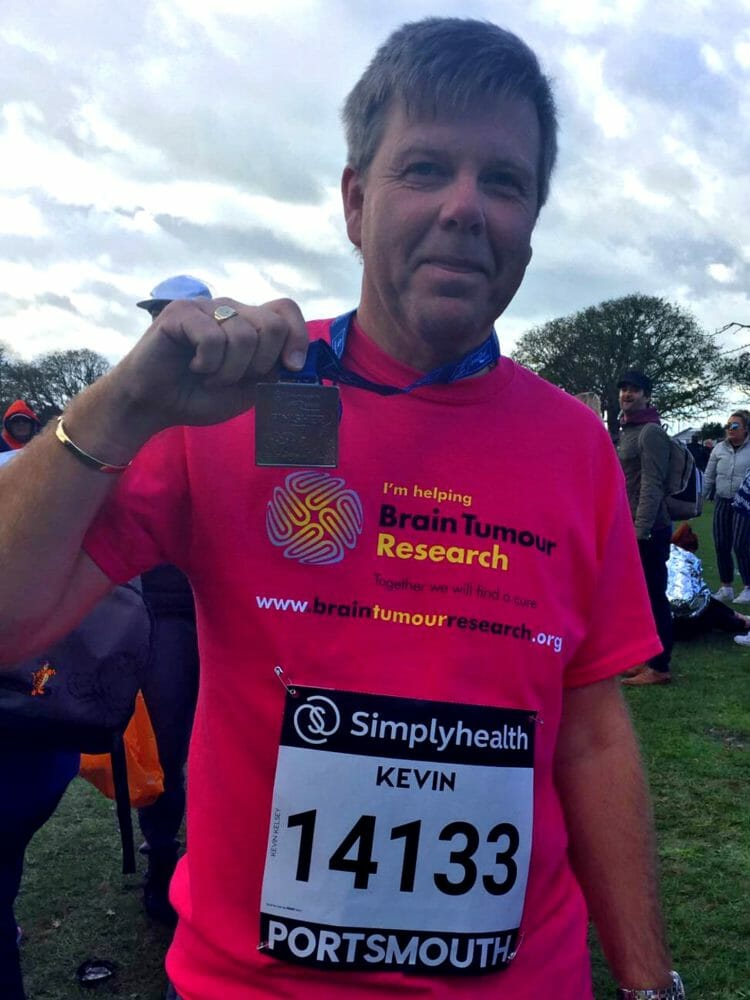 The event saw Kevin run 10 miles through Old Portsmouth, the Historic Dockyard and past the Royal Navy’s current naval ships, before finishing back at the starting point of Clarence Esplanade.

“My friend Ian Kilsby sadly passed away from a brain tumour in November 2016. I wanted to do something to honour him and raise money so he could have a tile on the ‘Wall of Hope’ at the Brain Tumour Research Centre in Portsmouth. The tile represents one day’s research in Ian’s memory and means so much to his wife Donna and young daughter Olivia.

“This is the first time I have ever done anything like this and I would like to thank everyone that donated, it’s greatly appreciated.”
www.covers.biz